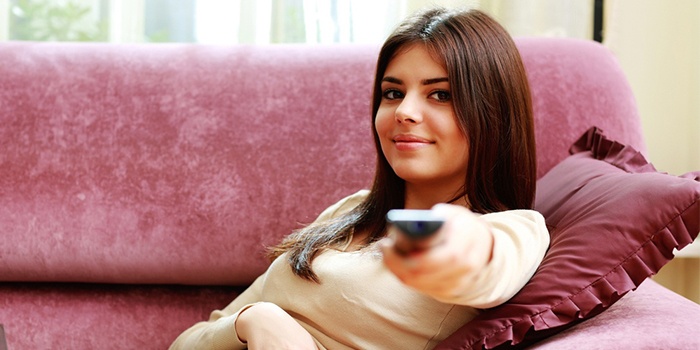 DISH has recently launched a whole new marketing campaign geared towards listening to their customers and showing how they plan to solve the greatest TV-viewing issues.

The campaign starts out with an older gentlemen known as The Spokeslistener™. He's a gentle, yet distinguished individual that is highly interested in listening to customer pain points and calmly addresses each one through a series of engaging, clever and funny commercials.

He's also clear to point out that he's not a spokesman, because that's the old way of doing things. Instead, he sets out to be one of the best, trustworthy listeners as he tackles the everyday issues with attempting to view our favorite TV shows.

The first video of the series begins with an official introduction to The Spokeslistener™ as he explains what he is striving to accomplish. His opening statement gets us focused on the basics of excellent customer service. He explains, "Because when we've got it right, really right, it was when we were listening. Not to ourselves. Not to Wall Street. Not to industry experts, but to our customers. And I'm here to spread the word."

It's a refreshing perspective that is becoming less and less common in the ever changing pay-TV world. But it's the right direction to take. In order to make the most progress, every company has to eventually circle back and truly hear what the customer has to say. All the experts and analysis don't mean a thing if a company isn't listening to their consumer base.

Take a look at the first clip of DISH's "Tuned In To You" campaign to get a better feel of where they are headed. They put together an inspiring message to kick off the series.

DISH: Tuned In To You

In the next video clip, The Spokeslistener™ is listening to a die hard football fan who is lamenting the end of the NFL football season. It's a sad realization in February when the Superbowl wraps up and you still have to pay for all of the extra sports channels that you probably won't watch until the next season.

It's a real pain point that many fans face throughout the United States. After all, why pay for channels you aren't currently watching? The solution is found in DISH's Flex Pack. The new skinny bundle allows customers to slim down their channel lineup during the off season, or for any reason, as shown in this next commercial. Enjoy the humor.

Ever have to fumble between remotes and inputs to select the right source for what you want to watch? Everyone agrees it's annoying to have to figure out the complexities of how a TV is set up for different inputs. Some families have even gone to the lengths of printing out instructions and laminating them to make sure they can figure out how to get the TV up and running.

Well, all of that is simplified with the Hopper 3. It integrates with Netflix, YouTube and many other on-demand apps all in an easy-to-use menu. No longer do you have to hunt for the right remote or the right input as you switch from one source to the other.

This video clip has to be our favorite of the series, at least out of all the ones DISH has released to date.

DISH's "Tuned In To You" campaign is far from over. It's a message you'll see for many months or even years to come. And the message is spot on. The Spokeslistener™ brings a nice touch to the whole atmosphere of listening to and solving customer pain points. More customer issues will be addressed with additional commercials as time goes on. So get ready to learn and see everything DISH has to offer!

If you're interested, browse our site to learn more about becoming an authorized retailer. RS&I is a master sales agent and distributor for DISH in the western United States. We'd be glad to answer your questions and point you in the right direction on getting set up to sell and/or install in your local area. You'll find that RS&I is also tuned in to helping you build a successful business.